Omar M. Yaghi received his B.S. degree from State University of New York-Albany (1985), and Ph.D. from the University of Illinois-Urbana (1990) with Professor Walter G. Klemperer. He was an NSF Postdoctoral Fellow at Harvard University (1990-92) with Professor Richard H. Holm. He has been on the faculties of Arizona State University (1992-98), University of Michigan (1999-2006), and UCLA (2007-2011). He is currently the James and Neeltje Tretter Chair Professor of Chemistry at UC Berkeley, and a Senior Faculty Scientist at Lawrence Berkeley National Laboratory. He is the Founding Director of the Berkeley Global Science Institute. He is also the Co-Director of the Kavli Energy NanoScience Institute, and the California Research Alliance by BASF.

Chair of Advisory Board 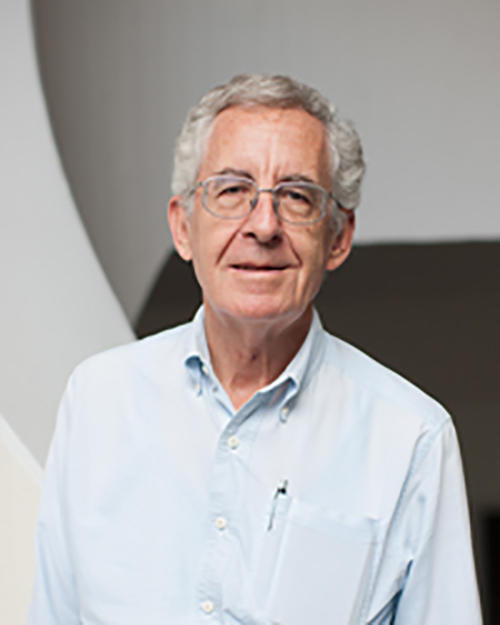 Prof. Hans-Beat Bürgi is a permanent academic guest at the Chemistry Department of the University of Zürich, Professor Emeritus at the University of Bern, Switzerland and a co-director of the Zurich School of Crystallography, a two-week intense course for international students, which was inaugurated in 2007.

His main interests are centered on static and dynamic structural chemistry and on the technique of X-ray diffraction. He directs (together with Prof. Kim Baldridge) the Sinergia project "Structure Elucidation of Disordered Crystals from Diffuse Scattering, Crystal Modeling, and Supercomputing" supported by the Swiss National Science Foundation. The project is a collaborative undertaking with the Spallation Neutron Source at the Oak Ridge National Laboratory (SNS/ORNL). 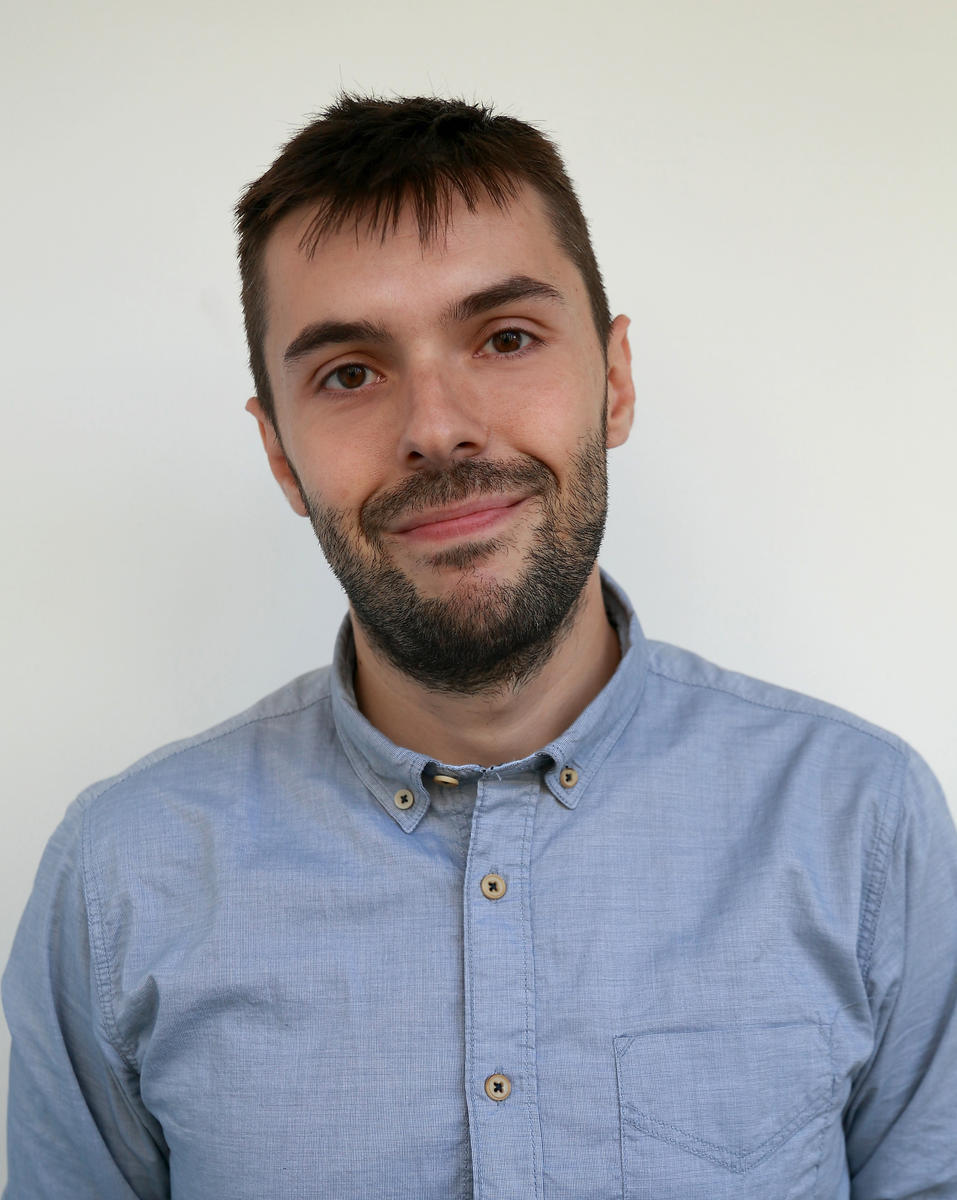 Felipe Gándara is currently a scientist at the Materials Science Institute of Madrid (ICMM), a center of the Spanish National Research Council (CSIC). After obtaining his Ph.D. degree in 2009 from Autonomous University of Madrid, he worked as a post-doctoral researcher in the group of Prof. O. M. Yaghi, first at the University of California, Los Angeles, and later at the University of California, Berkeley, and Lawrence Berkeley National Laboratory. In 2014 he returned to Spain to begin his independent career at ICMM.

His current research interest lies on the development and applications of new reticular materials, with focus in understanding the factors that govern the crystallization of multicomponent MOFs. His work also encompasses advanced structural studies of MOFs and COFs, including structural elucidation with the combination of multiple diffraction techniques as well as computer simulation. 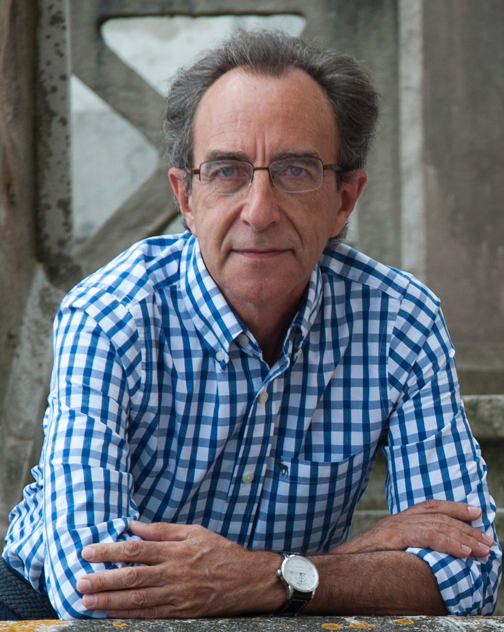 He combines expertise in the structural design, synthesis, and study of the structure-property relationship of a wide range of materials, including oxides, new germanium zeotypes, metal-organic frameworks materials, and molecular and supramolecular materials.

He is presently a visiting scholar at UC Berkeley. 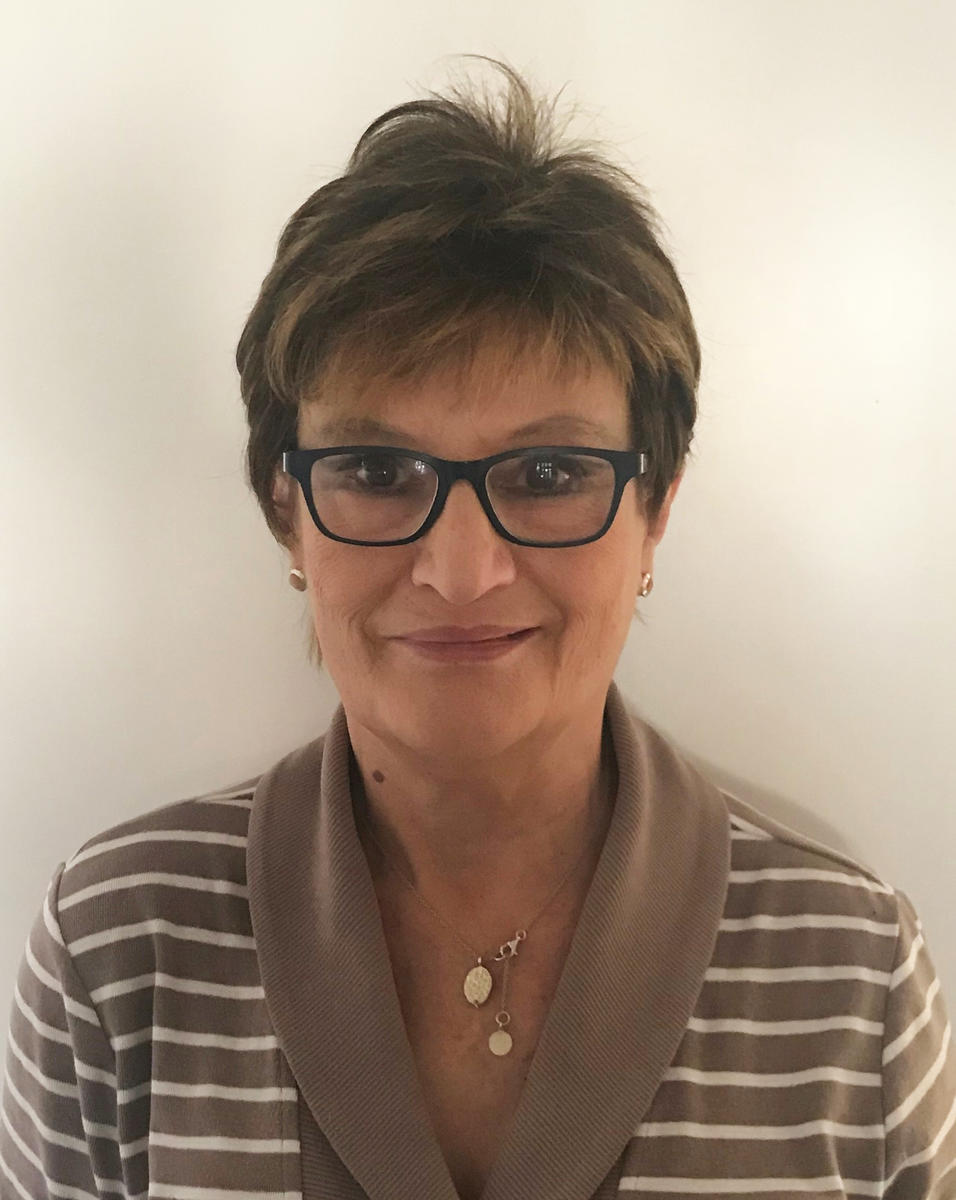 Prof. Monge's career began at the Complutense University of Madrid, where she received her Ph.D. María Angeles Monge Bravo is presently a Professor of Research at the Spanish National Council.

Her research addresses the advancement of MOF design with enhanced properties: materials discovery, theoretical calculations, and enhancement of sorption properties. The final goal is to use these materials in energy-related fields such as heterogeneous catalysis in multi-component reactions, optical and magnetic materials, and gas sorption and storage.

Prof. Monge has been Vice-Chancellor of the Menéndez Pelayo International University (UIMP), where she instituted the Postgraduate and Doctorate Department in the European Higher Education Area. She has been responsible for the design of the new Academic Program of the UIMP following the Bolonia directives and has also been in charge for the Research Department at UIMP.

She has long-established strong international collaborations with some of the leading groups in the field, including UC Berkeley, University of Milan, Stockholm University, and Vietnam National University—Ho Chi Min City. Prof. Monge is currently a visiting professor at UC Berkeley and Lawrence Berkeley National Laboratory, collaborating in the group of Prof. Omar Yaghi, where she advises graduate students and post-doctoral researchers. 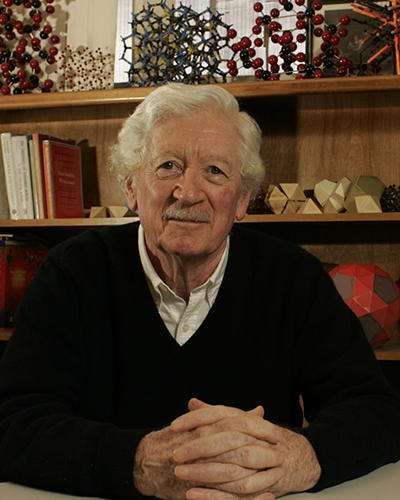 Prof. O’Keeffe’s research is mainly concerned with the atomic and electronic structure and properties of crystalline inorganic solids. Highlights of his early work include the discovery and interpretation of inverse isotope effect in hydrogen diffusion in metals; the first to identify anion-conducting solid electrolytes, termed “superionic conductors’; the first identification and structure determination of a new mineral (takéuchiite) entirely by electron microscopy; recognition of the importance of cylinder (rod) packings in crystal chemistry; recognition of the role of non-bonded interactions in crystal chemistry; general theory of bond lengths and atom size; proposals and evaluations for new structures of carbon fullerenes; and extensive studies in the role of geometry of periodic patterns in crystal chemistry.

His recent work has particularly focused on the geometry of periodic frameworks and its importance in crystal chemistry. He, with Professor O. M. Yaghi, executed the design, synthesis and characterization of periodic metal-organic frameworks that proved remarkably robust and porous. 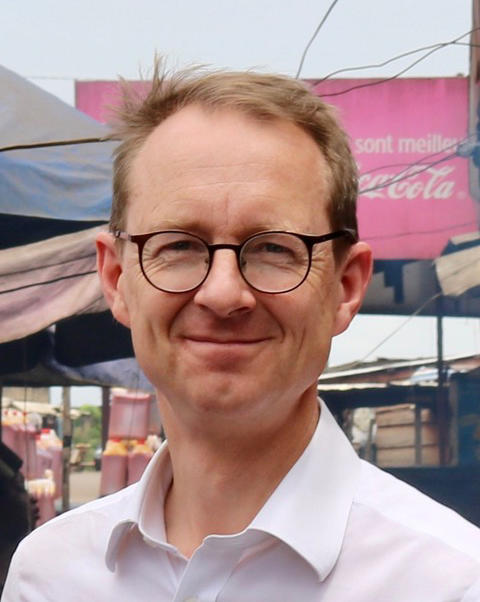 Educated at the Royal Institute of Technology in Stockholm Prof. Öhrström did post-doctoral studies at the French Alternative Energies and Atomic Energy Commission in Grenoble, and he is currently professor of inorganic chemistry at Chalmers University of Technology in Gothenburg. At Chalmers, he is involved in both teaching and research, currently serving as the head of the Chemical Engineering programme. His specific science area is Metal-Organic Frameworks and the use of network topology analysis in solid-state chemistry.

Since 2007 he has been engaged in the International Union of Pure and Applied Chemistry (IUPAC) and is currently president of the inorganic division. In addition to the normal duties of a division member he has been involved in several IUPAC projects dealing with the nomenclature and terminology of metal-organic frameworks and coordination polymers. He is also a supporter of global science initiatives, and has active collaborations in many African countries where he has also organised symposiums and workshops.

As a side-line, he nurtures an interest in the role of chemistry in history, art, literature and film, and his popular science book The Last Alchemist in Paris (OUP, 2013) has been translated into several languages. In 2018 the Royal Society of Chemistry, UK, will publish The Rhubarb Connection and other Revelations: The Everyday World of Metal Ions, a popular account of coordination chemistry. 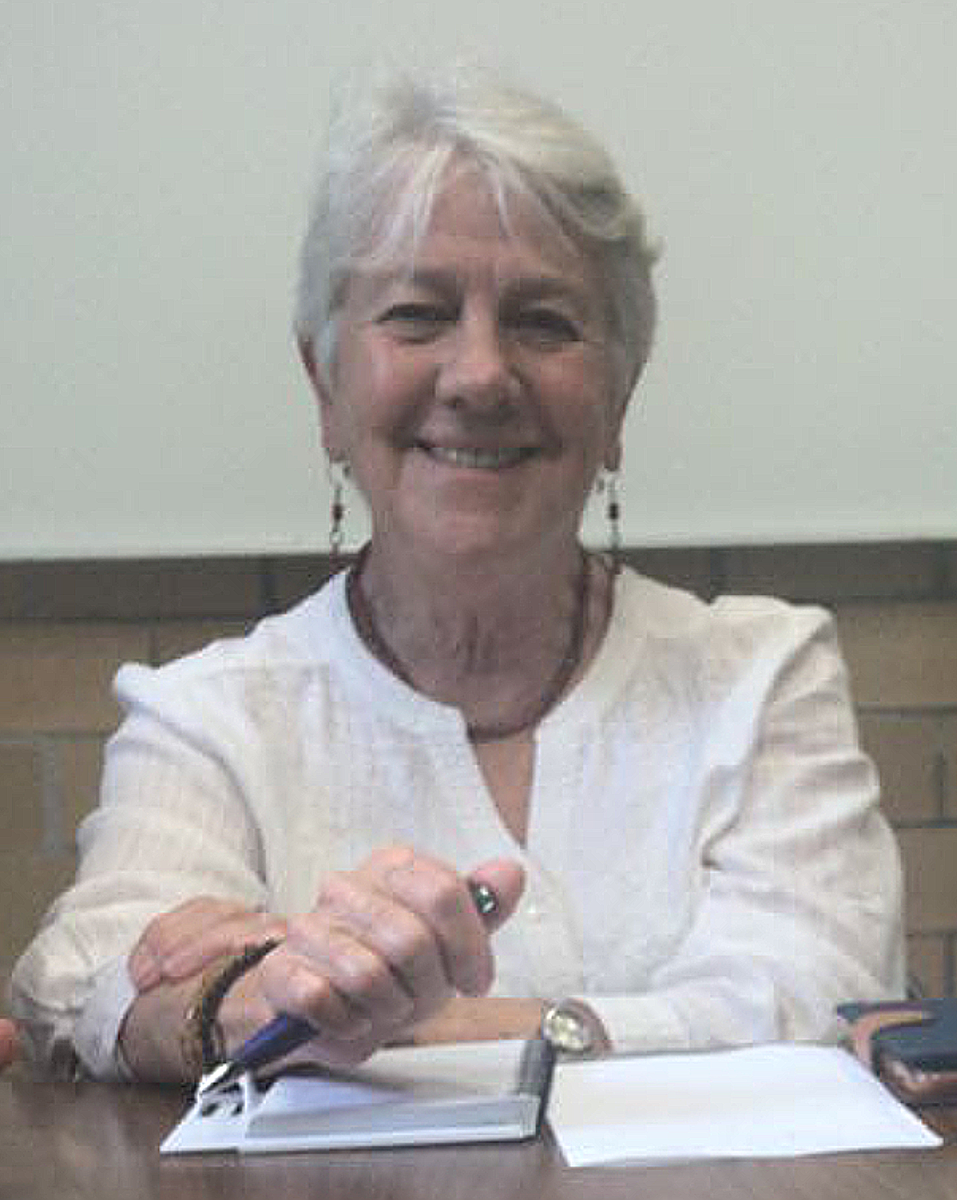 Prof. Lena Ruiz-Azuara received her B.Sc. degree from National Autonomous University of Mexico (UNAM), Ph. D. from the University of Edinburgh, a completed a postdoctoral position with Prof. J. Lewis at Cambridge University. She was a Mary Curie grant recipient at CNRS Lyon and has been a visiting professor at Las Cruces Research Center at New Mexico State University, CNRS Florence, and the University of Seville. Prof. Ruiz-Azuara is a fellow of the Royal Society of Chemistry. She is currently in charge of the Medicinal Inorganic Chemistry Lab at UNAM and Emeritus National Researcher, Mexico.

Since the early '80s, she has been a pioneer researcher in bioinorganic chemistry, as well as medicinal inorganic chemistry, from which she has initiated pharmaceutical metallodrug development at an international level. Her research led to the first copper-based compounds to reach clinical phase studies as antineoplastic drugs. As of late, her research group has shifted focus to drug encapsulation within nanoparticles and metal-organic frameworks.

Her other line of interest is Science Dissemination. She is the founder and coordinator of the series "Science out of the Classroom," which over the past twenty years has spread social and cultural themes to B.Sc. students and the general public. 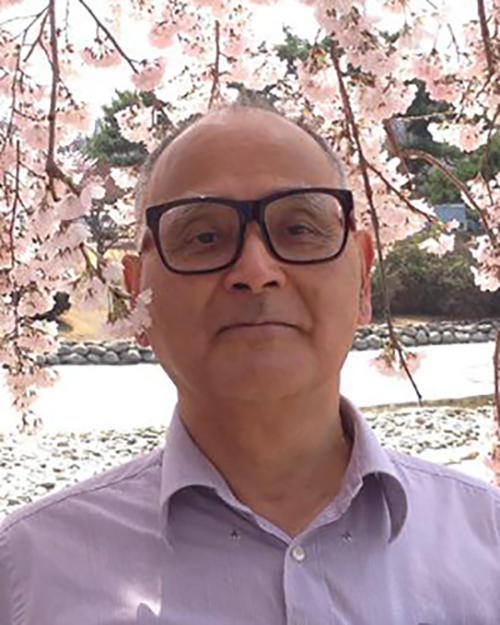 He is currently working at Stockholm University, KAIST, UC Berkeley, and ShanghaiTech. Currently, he working to set up an active EM centre at ShanghaiTech in science as well as in instruments.